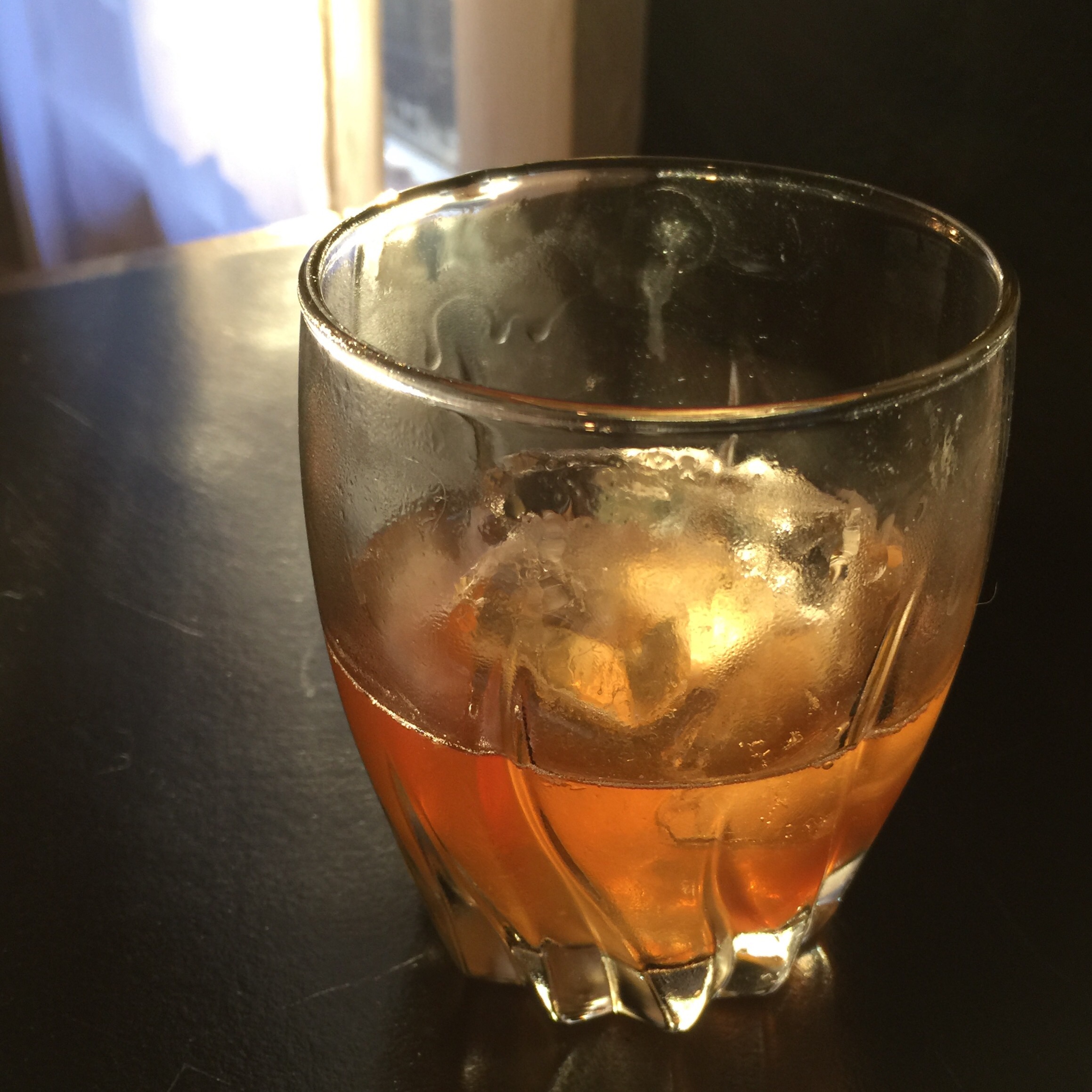 This is the first drink I made with St. Elizabeth’s Allspice Dram, or pimiento dram. I got the recipe from The Drunken Botanist by Amy Stewart. According to this book, the reason it’s called “pimiento dram” is because the Spanish settlers saw people in the West Indies using it in food and, noting that it had a spicy flavor, they figured it was a pepper. Pimiento means pepper in Spanish.

Amy told me allspice gets its name because it tastes like other spices—cinnamon, clove, and nutmeg,

This is a delicious drink, very autumnal.

Juice of an orange or tangerine wedge

Stir, rocks glass over ice. The recipe also says to play around with other citruses as well. I thought the tangerine that I used was way too mellow and the drink could have used a bit more tanginess. Also I don’t know how much juice is supposed to come out of a wedge.