New ice in the works 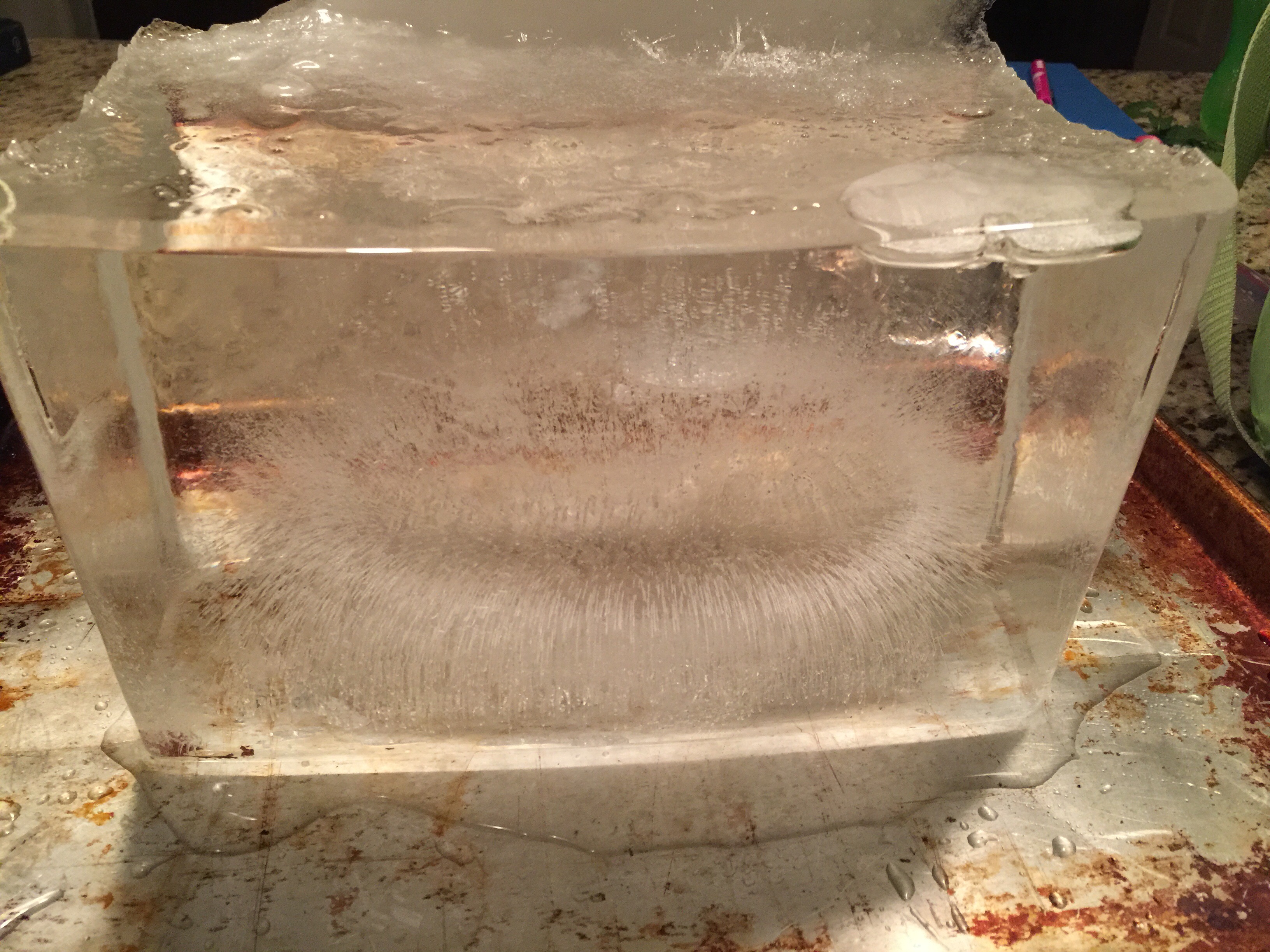 I’ve read a lot about the importance of having good ice in cocktails but it seemed impractical. It wasn’t until Amy and I went to The Lawrence here in Atlanta (Midtown) that I really saw the effect of a beautiful, clear chunk of frozen water. The Lawrence’s ice is impressive. Right away I was struck by how I could see straight through to the bottom of the glass. And since it was shaped by hand, it wasn’t a precise cube. There were more sides exposed to my drink (an Old Fashioned), chilling it and diluting it more precisely.

I don’t know if it was all aesthetics or if the science played a big part, but compared to the Old Fashioned I had at J & J Bourbon Bar in the Virginia Highlands last week, which was over filled with soda machine ice, The Lawrence’s drink was in another class.

Sitting at the bar, I saw someone bring out a tray of ice—it was a flat piece about 2 inches high and, I dunno, the length and width of a sheet of paper. It was as clear as cold vodka and watery. I thought it was mesmerizing.

I read a few posts about how to make clear ice, which mostly amounted to using filtered water, or boiling it before pouring it into trays. I learned that the whiteness that gathers in ice is caused by air getting in while it’s freezing. One post said the thing to do is freeze tap water in a cooler with the lid open, slowing down the process, which will trap less air. What air does get trapped is supposed to sink to the bottom, and you just cut that part off.

To get my ice, I used a pretty cheap cooler that didn’t have a lot of insulation. It’s certainly not perfectly clear, but it’s a huge improvement on the big Oxo cubes I normally make.

The next trick will be to break it up into usable cubes, seeing how many I can get and how long it lasts. How’s that part work?

After that I’ll try again with tap water in a better cooler, I guess.